The Babysitter: My Summers with a Serial Killer by Liz Rodman & Jennifer Jordan 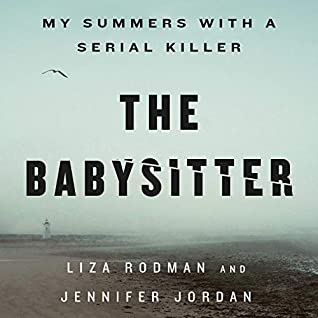 Book: The Babysitter: My Summers with a Serial Killer

Synopsis: Part true crime and part memoir, The Babysitter is the story of Liza Rodman. Liza Rodman was an abused child who had serial killer, Tony Costas, as her babysitter and companion, during her summer months on Cape Cod.

My opinion: Normally, I am not a fan of memoirs. Authors normally feel they have an interesting story to tell, but memoirs come across as legends in their own mind leaving me cold in their wake. This book broke that mold.

The Babysitter was unique and different.

I had so many WTH moments in this book it wasn't funny.

Let's talk about the juxtaposition of a viscous serial killer being a place of safe haven for an abused child. A person she looked forward to seeing every summer. A person who purchased orange popsicles for both her and her sister after abusive episodes by the hands of her evil mother. The serial killer's mother being a soft place for this child to get acceptance and comfort, particularly after a dismissal by her mother. This had frequent jaw dropping moments for me.

How about the juxtaposition of  two children being raised in broken homes? The one who was doted on becomes a serial killer. The one who was abused becomes the author of a dynamic book.

The authors balanced the writing between true crime and memoir masterfully. Telling the story of serial killer, Tony Costas, it was very clear the story was researched well.

Now...on a final note, and one that gave me oodles of glee as a mother. Be forewarned, the abuse discussed in this book was heartbreaking and angering at the same time. I wanted to take this child in my arms the whole time I was listening to this book. I thought the author's alcoholic mother must have passed with how openly the author discussed the abuse. There was a tinge of glee when I learned the mother was still alive. Now (and normally I wouldn't say this) hopefully Hollywood will make a movie of this fascinating story and her mother will be alive to see her behaviors on the big screen because MA'AM...THAT WAS NOT HOW THE 70'S WERE! Quit blaming a period of time for your failures and addiction!

Would I recommend? Absolutely and have done so several times during my listening period. Here is the thing, my readers, while the paper back version of this book is getting ready to hit bookshelves, go for the audiobook version. This is probably one of the best audiobooks I have listened to. The narrators did a phenomenal job in narration. Their narration of this book sucked me in immediately. To be totally honest, with the number of books I can be reading at a time, it probably would have been a book I would have missed a lot on had I read it versus listening to it.