Coping with Disappointment and Rejection 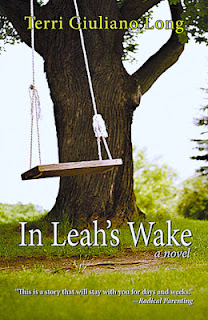 In 2006, my debut novel In Leah’s Wake was under contract with a small publisher. Weeks before the launch, the publisher ran into trouble, making it difficult for them to distribute my book. By mutual agreement, we severed the contract. The situation was completely unexpected and there was nothing I could have done to prevent it. Still, I’d spent over a year preparing for publication—editing, creating a marketing plan—and I’d told everyone I knew that I’d soon be publishing my first book. I felt like a loser. I took the loss personally, as a rejection of poor, wretched, talentless me.


Before I’d contracted with the publisher, my (former) agent had submitted the novel to nearly two dozen publishers. Although it didn’t sell, we’d received many letters of encouragement. Established editors at major houses had complimented my writing, called me talented. Rather than keep this in mind, I revisited every rejection. The book was too literary. It wasn’t literary enough. It was too depressing (I’d changed the ending). I’d focused too much on the children, not enough on the parents . . .


Nobody wanted my book, I told myself. Ergo, nobody wanted me.  Even now, six years later, I’m ashamed to admit this, because it’s so pathetic. But that’s how I felt.


For over a year, rather than focus on a new project, as I should have been doing, I’d spent all my time developing marketing strategies. Marketing is important, for sure. Investing all my energy in a book I’d already written kept me emotionally attached, and left me vulnerable. When I lost the publishing contract, I lost everything. I had nothing to fall back on, nothing to energize me. I couldn’t start a new project. I tried.


My attorney suggested self-publishing, but I couldn’t muster the confidence, or the energy, to publish my own book.  The road seemed long and hard—and I was an elitist. I was a college writing instructor with an MFA; all my friends were publishing traditionally. To me, self-publishing meant hiring a vanity press—the last stop for people who couldn’t cut it in the “real” publishing world but were too vain to quit.


I threw myself into revising In Leah’s Wake—yet again—writing and rewriting. If only I could get it right, if I could perfect it, the book genie would swoop down off her high horse and whisk it—and me—to the glorious world of Madison Avenue.


Problem was, I couldn’t perfect it. No book is perfect. At some point, you have to tell yourself you’ve done your best, and let it go. Otherwise, you’re wasting your time.


For three years, I stagnated. Depressed, I couldn’t concentrate. I’d work on In Leah’s Wake, give up, begin a story or an essay, the piece would meander, I’d lose focus, put it aside, and return to In Leah’s Wake. As I fell deeper into depression, my family begged me to give up, do something new, anything, take up another line of work.


For a few years I’d dabbled with an idea for a new book, but it had never really gone anywhere. Now, faced with a choice—start a new project or quit writing—I turned my attention to the book. I spent a few weeks reading, gathering research, and then I just wrote. By now, intrigued by the ideas running through my head, I was invested.


Like In Leah’s Wake, the new novel, Nowhere to Run, is a family story—but the similarity ends there. Nowhere is a contemporary psychological thriller with a historical twist. Although I’ve always loved to read thrillers, I’d never written one. To get a feel for structure, I had to read. A lot. That helped. To get the history right, I had to research. These diversions distracted me, taking my mind off In Leah’s Wake.


I compiled notes, wrote character sketches, and collected photographs for the setting. I’d love to say the writing took off immediately, but it didn’t. Novels take time to develop, and false starts are common, particularly for authors who don’t plot before they write. Within a few months, I’d finished a chapter, and then another.


Once I knew what I was writing about, I took notes and developed plot points. Now, In Leah’s Wake, which had been draining my energy, slipped to the back of my mind. One day, I realized I hadn’t opened the file in months. Silly as it may sound, that came as a shock. When I did open the file or glance at the ARC on my bookshelf, I felt a gentle tug, like the nostalgia of seeing a photograph of a long-lost childhood friend.


The book wasn’t my baby anymore. I’d finally let go. It was no longer a part of me. For the first time in years, I was moving forward, no longer wallowing in self-pity.


That’s when I decided to publish.


Have I had disappointments along the way? Of course I have. Everyone does. For the first six months, only my husband and children knew I’d published my book. I didn’t even tell my parents! I was too embarrassed and timid, too worried people would laugh or criticize me. Then one day I woke up. I could market my novel or watch it die, so I took another step—began blogging, joined Twitter, hired a marketing firm.


Within a few weeks of starting my very first blog tour, a former agent told me I’d never sell 500 copies of my book. I was devastated. But I’d gone this far—baby steps, as my husband would say, one step at a time—and by then I’d built enough momentum, I had enough forward motion, that I was able to stand up and brush off.


Today, a year and a half later, I’ve sold nearly 120K copies of In Leah’s Wake.


Most professionals take pride in their work, but few internalize their work as authors do. Physicians care deeply about their patients, but they recognize that factors beyond their control—a patient’s lifestyle and general health, the body’s ability to withstand trauma or exposure to infection—affect patient outcome.


Writers also face factors beyond our control. The sensibilities of an agent we hope to impress may not align with ours; editorial needs and reading trends change. Any of these arbitrary factors can lead to rejection by publishers or readers; none of them necessarily reflects on the author. Excellent books are rejected time and time again.


As writers, we pour our heart and soul into our work. While the details in our stories or novels may not mesh with real life—our protagonist may not even share our philosophies—the thoughts, emotions, and underlying belief system are ours.


No wonder it’s so hard to separate ourselves from our work!


Yet, for the sake of our writing—never mind our sanity—it’s vital that we do.


Conflating work and self shifts the emotional understanding of work as a product of labor to work as an expression of our personal identity. Acceptance or rejection, criticism or acclaim—these subjective, often idiosyncratic judgments become an assessment of us. Great when the assessment is positive, not so great when it’s not.


Because it’s so difficult to separate from our work, every rejection—however subjective—feels personal, like an assault on our being.  After a painful rejection, a lost or unfulfilled contract, a negative review, it can be hard to bounce back.


Despondent after failing to find a publisher for his novel, A Confederacy of Dunces, John Kennedy Toole committed suicide. The novel, published posthumously, won the Pulitzer Prize. Toole is an outlier, of course. Most of us don’t go to that length after a rejection, but I’ve seen writers fall into depression. I’ve struggled myself.


The best defense is to maintain distance between yourself and your work. In my experience, the best way to do that is to keep more than one iron in the fire. My teacher and mentor, Pamela Painter, gave me that advice early in my career, and for a long time I lived by it, and it sustained me. I don’t know why it happened, but for a few years, I dismissed it. And I lost hope. If not for my stubborn streak, I’d have quit.


Always keep more than one iron in the fire. The moment you put a manuscript in the mail, or publish your book, in that first flush of excitement, when you’re brimming with energy—begin a new project. A new project will distance you from the last and provide perspective. No question, rejection will still hurt and disappoint. If you’re invested in the new project, if you believe in the work, the older project will feel less immediate and will no longer have the power to defeat you. You’ll have hope. You’ll tell yourself that it’s okay to let go—this new project is the one—and you’ll move on. 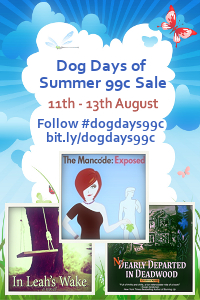