The First Lie by Diane Chamberlain 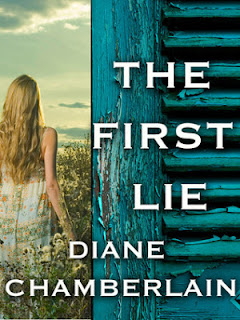 In 1958 North Carolina, Ivy Hart lives with her grandmother and sister, Mary Ellen, on a tenant farm. The turbulent segregated south isn't the only thing young Ivy must face when her sister gives birth, but refuses to name the father.

My opinion: I have to admit that I am rarely impressed by these novellas that seem to be the current rage for authors to write prior to upcoming releases. I have found that most are weak in their storyline and often appears to have been struggled in its creation due to the nuances between full length novels and novellas. I had that same feeling with this book. Although I felt that the upcoming release is definitely a book I will be seeking out and this novella did whet my whistle, it didn't have the same power as Ms. Chamberlain's full length novels.

Stand Alone or Part of a Series: Stand Alone
Posted by A book and a review at 7:34 AM