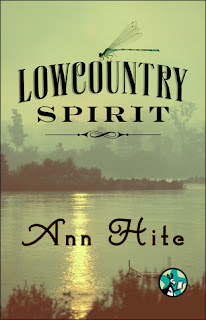 Emmaline is a mouthy, stubborn young woman who has magic in her blood and conjures the strongest spells with hardly any effort. Celestia was ten when her mother was sold and taken from the island. She’s never stopped longing for her, even when the talking chain—a verbal underground railroad—sends word that her mother has been taken to a plantation in North Carolina. By the time she turns sixteen, she can no longer bring her mother’s face to mind, but she can still hear her urging Celestia to be thankful and keep safe. Liza was a birthday gift to the plantation’s mistress. Her mama was killed for throwing a spell on her master. Before she died she gave Liza her book of conjures, so she could protect herself. And when Liza hatches a plan for all three of them to escape, the three girls’ lives collide. What they don’t realize is that their chances of successfully escaping are slim, and the possibility that all three will die before they leave the island is more likely.

My opinion: Hands down, one of the most unusual and well written novellas I have read in a very long time. The storyline to this was so unusual and descriptive that there was almost a voyeuristic feeling that I had in reading it. The author was masterful in placing the reader in the setting and describing the period of time.

Unlike a lot of "introductions" to new releases coming out (The Storycatcher, 9/2013), "full length novelist" Ms. Hite has written a novella that is concise enough to flow well yet tell a complete story. This is a rare feat. I have reviewed a number of these types of novellas and the majority fall short.


Source:  Edelweiss for Pocket Star
Would I recommend? : Yes and have