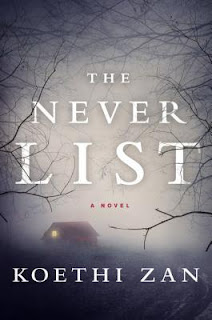 Synopsis: Sarah and best friend, Jennifer, do something that they promised themselves they would never do. While drunk, they accept a ride from a complete stranger. What they don't know is that their "ride" has a dungeon with their name on it. When Sarah was rescued by a sadistic kidnapper 10 years ago she thought her nightmare was over. Ten years later she still continues to live with phobias and PTSD which leave her in her own mind's prison. She just got word that her kidnapper is up for parole. Sarah decides that she has had enough of it and sets out, with other victims, to face head to head, the lifestyle that tortured them for years.

My opinion: I must admit that I found this book INCREDIBLY difficult to follow. I had started this book on an ebook and noticed the issue almost immediately. As a result, I stopped and restarted the book with a library copy of a print book once it was released. What I noticed at that point is that the story jumped around or critical points were missing and I had to infer. Second, the writing was not as "tight" or concise in its format or fluidity of the story. As a result, I could never warm up to it.  In my humble opinion, I think that the story concept was excellent. If the author would have "rearranged" some of the storyline to introduce readers to the "story behind the story" it would have flowed much better to me and been a bit darker instead of me having to guess.

I think there were other aspects of the book, in regards to the criminal justice system, that simply wouldn't have happened in real life, which I can't go into lest I head into Spoilerland. However, as an attorney, I would expect Ms. Zan to have that knowledge.


Source: Penguin Group Viking
Would I recommend? : I really can't.