The Man from Primrose Lane: A Novel by James Renner 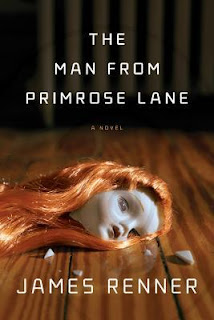 Book: The Man from Primrose Lane: A Novel


Synopsis: A man, who always wears mittens, and has a mysterious past, to boot, ends up dead in his home sans fingers to help identify his true identity. Who is he and how does his death fit into a best selling novelist's wife's suicide?


My opinion: This book, a debut, by this author started out incredibly strong to the point that I thought I would start stalking his website to see when new releases was coming out.  Then the storyline took a really odd turn which detracted from a strong story and became pretty far fetched.  Had the author stuck to thriller/crime instead of tossing in some sci-fi this book minimally would have been a 4 star read.


Would I recommend? : No, not really


Stand Alone or Part of a Series: Stand Alone
Posted by A book and a review at 12:51 PM