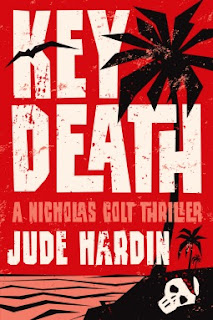 Synopsis: Nicholas Colt, a down and out fallen PI with no license, is called in when a friend's terminally ill girlfriend, Wanda, asks him to find her father before she dies. Nick thought wrong when the father turns up dead and Wanda now wants him to focus on finding her father's killer. As Nick tries to get to the bottom of Wanda's father's death, he goes out looking for his previous landlord only to find her dead too. It isn't until Nick determines the father's landlord is the possible victim of a serial killer known as the Zombie that he might just might have Nick in his sights too!

My opinion: Great, LIGHT read. Really reminiscent to me of a much cooler M.C. Beaton with a much better setting. Loved the characters, setting and the flow of the story, but it was light. I read the entire book in about 2 hours and had a very good grasp on the characters.

On that note: Although I am normally a stickler regarding reading books in order. I thought this one would work well enough as a stand alone.  So, if you haven't read the series, don't let that stop you from grabbing this one.


Source:  Thomas & Mercer (Amazon Publishing)
Would I recommend? : Yes, when a lighter read is called for.