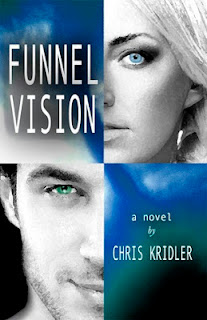 Synopsis: Judy, a storm photographer, and Jack, a womanizing storm chaser, may get off chasing massive tornadoes, but each has their own agenda in doing so. When sparks fly for each other, can each put those agendas aside and let their own storms bring them together.

My opinion: OK, let me say that I am not a romance girl...at all! However, this book is what I love about indie authors. This book was unique in that it was inside the heads of storm chasers (something I put up their with sky diving-fascinating, but why would I put myself in the path of a storm). So, I found the supporting scenes fascinating and it really kept my interest going in the book. I must admit that the romance I could have taken or left, but the author wrote it in such a fashion, that it didn't beat the reader over the head.

Another bonus is that the book is incredibly well written, started right out of the gate and had generally likable characters. As I mentioned previously, I loved the scenes where the author described the storms. It was evident that she herself is a storm chaser.

In my opinion, I would like to have seen more storm chasin' stuff. I thought it was a tad heavy, not horribly heavy, but a tad heavy, on the romance. I think if the author could pull that off, this would be a series that even guys or romance grimacers such as myself would fall for.

Stand Alone or Part of a Series: To be part of a series
Posted by A book and a review at 8:26 AM