An Interview with Bette Lee Crosby

As many of you know, I am one of the founders and co-moderators of Sisterhood of the Traveling Book on Goodreads. Through this group's Traveling Book program, I have had the opportunity to meet some spectacular authors, who are the epitome of excellence of Indie publishing, yet are just some of the most down to earth people in the world. I will never forget the day that I received an email from one of our members stating that I had to read Spare Change by Bette Lee Crosby and that she had given the author my name to place the book on Traveling Books. I was like "OK, I will wait for her to contact me." and left it at that...not overly excited, but not dismissive either .  I received a warm, inviting, down to earth email from Bette introducing herself in the most kind way. Now, anyone who knows me, knows that I am a business person at heart and display "business boundaries", which carry over to STB, so I was a bit taken back by that first email. One and a half years later, I couldn't imagine not having this woman in my life somewhere. Bette's initial email to me was the tip of the iceberg as to her graciousness and kindness of heart that the STB member had spoken about that I see on display on almost a daily basis. The most spectacular thing, though, is that these "personality traits" carry over to her writing. Don't believe me? Spare Change, after 67 reviews on Amazon has a rating of 4.6 Stars, so don't miss your chance to get this spectacular book for FREE because this offer...ENDS TODAY! 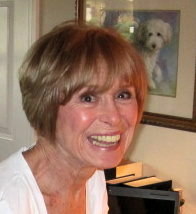 NB: In reading Spare Change, I was hooked right from the first page because I felt that the protagonist, Olivia Ann Westerly, was sharing her innermost thoughts with me. Was that character based on someone you know?


BC: Not one person, but she is probably a collage of several people I know or have known. Before I start writing any book, I spend a month or more just getting to know the characters, I fatten them up with attitudes, idiosyncrasies, superstitions, hopes and dreams. When I finally start to write, I know exactly how my character will react in any given situation, and I can think the way they’d think. By doing this, I don’t end up with characters who are acting out of character.

NB: I have read two of your books and both are based on a female protagonist, but not the typical ‘I am woman hear me roar’ type of mentality, is that more or less the mold for your books?


BC: Although I didn’t set out for it to be, I suppose it is. My protagonists are often ordinary women who somehow find the strength to meet the challenges that face them. I think many of us women are stronger that we think we are, but that strength doesn’t surface until something or someone threatens our life or the lives of those we love. It’s sort of a mama bear instinct, I suppose.

NB: Did you always want to be a writer?


BC: Oddly enough, no. I studied fine art and planned on becoming a graphic designer but in the course of designing some soft goods packaging I was asked to write fill copy for the back of the package, and I discovered a true love for words. I still am basically a very visual person. I visualize whatever I am writing about and words become the tool I use to paint the picture.

NB: What has been the most rewarding experience since your books have been published?


BC: Hands down, reading reviews that talk about the characters in my books as if they were living breathing people. To me, those characters are real, but hearing that readers and reviewers feel the same way, is a reward beyond comparison.

NB: If you could spend a day with one other author, who would it be and why?


BC: Harper Lee. To Kill a Mockingbird is one of my all time favorites because it shows the South exactly as it was—charming and innocent, but with a harsh reality that can, at times, be brutal. She so beautifully portrayed the quiet strength of Atticus and although Scout was smart and fearless in some ways, Harper Lee still managed to give her the innocence and vulnerability of a child.

NB: What inspired you to become an Author?

BC: My mom—not because she was a writer, but because she was an awesome storyteller. My family was from West Virginia and Southerners are born story-tellers. The magical make-believe world of my childhood was what gave me the creativity that goes into developing a story. My mom’s stories fired my imagination and enabled me to see things not just as they were, but in the light of possibility. That inspiration is still with me and colors almost everything I write.

NB: You’ve published six books and every one of them is a standalone story, have you ever thought of doing a series?


BC: To date I haven’t, but, I am currently working through a storyline that could be considered a sequel to Spare Change. While I was writing that book I became very attached to the eleven-year-old boy in the story, Ethan Allen, and I think I would really enjoy working with him again. To me he’s a streetwise kid who has a good heart and good intentions, but doesn’t always go about things in the right way—which is probably true of many people.

NB: Do you have a favorite quotation or something you wish you’d said?

BC: It probably depends upon when and where you ask me. I would love to be deep and profound like so many brilliant writers, but I’ve learned over the years that I am still my mother’s daughter – sometimes irreverent, always a story-lover, but seldom brilliant. So here is the quote that most closely reflects my own thinking…"The problem with people who have no vices is that generally you can be pretty sure they're going to have some pretty annoying virtues." Elizabeth Taylor


NB: What advice would you give to aspiring writers?
BC:  Be yourself. Discover what’s in your heart and create characters you love or love to hate. Never allow yourself to follow in the tracks of another author simply because he or she sold a million copies of their book. If you stumble onto that pathway, your readers will know; your characters will sound shallow and superficial. But if you’re true to yourself and work to develop your own voice it will ring loud and true with believability. It isn’t something that happens overnight. I wrote four novels before the fifth was published, but the truth is that the first four didn’t deserve to be published, they were all part of my learning curve. So, stay with it and learn from the writers who inspire you, from the books you love, and from the books you hate. You learn something from every book you read, and sometimes that something is what not to do.  Most of all enjoy every minute you spend writing—because if you’re not writing for fun, you shouldn’t be writing.