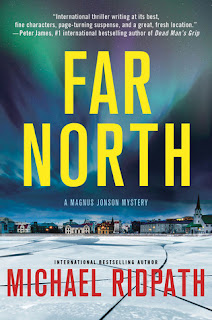 Synopsis: In 2010, in the midst of a credit catastrophe, Magnus Jonson, a Boston detective transplanted to Iceland, is brought in to investigate the suicide of a banker. Did the banker commit suicide or was it something much more sinister related to the deaths of numerous politicians and bankers surrounding the 2009 crash? What does an incident decades before witnessed by 2 little boys have to do with the devastation today?

My opinion: Another winner from writer Michael Ridpath who can write Nordic Noir up there with some of the top authors of this genre, although he lives in London. Ridpath's writing and character development, excellently depicted in the first book of the series, Where the Shadows Lie,  continues to be strong.

This was the case with this novel. He weaves two stories in this novel and how they cross paths in the present. I must admit though that the storyline when based in the financial industry left me a tad bored when written about. 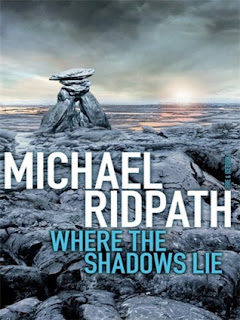