A Cold and Lonely Place by Sara J. Henry 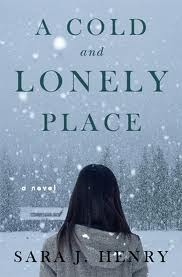 Book: A Cold and Lonely Place

Synopsis: Reporter and free lance writer Troy Chance is back and mysteries are following her. In this novel, she becomes involved when the body of a man is found under the ice of Saranac Lake and the newspaper she freelances for hires her to write a story on the man's life. It doesn't help that the man is the ex-boyfriend of her roommate and Troy has had significant interactions with him. Does her roommate have anything to do with his death? Could it be family secrets has led to this young, wealthy man's death? The old adage proves true...sometimes the grass isn't always greener on the other side of the fence.


My opinion: I thoroughly enjoyed Ms. Henry's debut novel Learning to Swim and whipped through it because the story was so engrossing.  When I saw this this novel posted for reviews, I jumped at the chance to review it. I am happy I did.

Ms. Henry has a gift for wonderfully laying out an approachable mystery with down to Earth, likeable characters and settings with descriptive imagery that makes the reader feel as though they are part of the story.  That style of Ms. Henry's writing simply makes it an easy read to kick back with. Like the small town her character Troy lives in; her books don't move too fast or to slow. I like how another reviewer has described it "as slow peeling an onion back with its' multiple layers."


Source: Edelweiss for Publisher
Would I recommend? : Of Course!


Stand Alone or Part of a Series: Part of Series