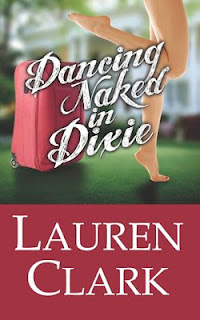 Synopsis: Travel journalist Julia Sullivan isn't having a good day. After several failed articles and a work ethic that leaves alot to be desired, Julia is called into her boss's office. It stinks that her new boss just happens to be her father David, whom she has been estranged from and hasn't had really good feelings for since the death of her mother from ALS.

David is giving her one more chance to get her stuff together or get fired. This time, however, it is not going to be a trip to some foreign, exotic vacation. The magazine is taking a new path to meet the needs of the traveler in this poor economy. So, where does daddy send this urbanite? Eufaula Alabama! Home of the deep south in all its' glory!

As she is doing her research on all things Southern Belle, she is brought in on some really shady dealings that could change the quaint town of Eufaula forever. Can Julia use her powers of print to bring some less than ethical characters to the light and save Eufaula? Will she open up her heart to a boy from the south or will snobbishness and bias close her heart? Will she continue to consider David to be her jackassed boss or can they fix their father/daughter relationship?

My opinion: I would say that my initial reaction to this book was that it was adorable. Clark writes with a sarcastic lightness (which is always a winner for me) from the main character, Julia to supporting characters which comes across as bantering. Clark has also shown this through moments of the book where Julia is speaking to herself. I loved some of the descriptions that she came up with and found myself laughing out loud at some of the comments.

This book almost had the feeling of the movie Sweet Home Alabama which is one of my favorite movies. It is also mentioned frequently through out the book.

Now, because anyone who reads my reviews knows that I don't think any book to be perfect. I did feel that there was predictability to this storyline and the nice wrapping up with a red ribbon. However, I enjoyed the ride getting there and found it really easy to look past the ending.

Would I recommend? : For those who like Chick Lit, yes I would. Not being a huge fan of Chick lit, I even found it a fresh breath after some heavier reading that I had been doing.