A Murder at Rosamund's Gate: A Mystery by Susanna Calkins 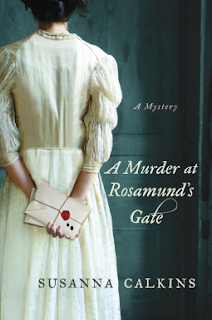 Book: A Murder at Rosamund's Gate: A Mystery

Synopsis: Lucy Campion, a maid servant in a wealthy magistrate's house, is brought into a murder scene when a maid servant in another home is butchered and left in a field. Who would want to murder this maid and why? What or who did she know that would warrant her be slaughtered like a farm animal? When the body count increases, Lucy realizes there is much more to this story than what was originally thought.

My opinion: Initial feelings on this book is that I absolutely loved this debut. I must admit that I disagree with some of the reviewers that the mystery was weak in this book. Several murders occurred and though, in my opinion, the main storyline was not on solving the mystery, there was a major mystery to be solved. I loved the way the author showed the differences between not only the classes, but between the acceptance and expectation of men/women.


Source:  St. Martin's Press for review
Would I recommend? : Yes, I love historical mysteries and this one was great, particularly for a debut!