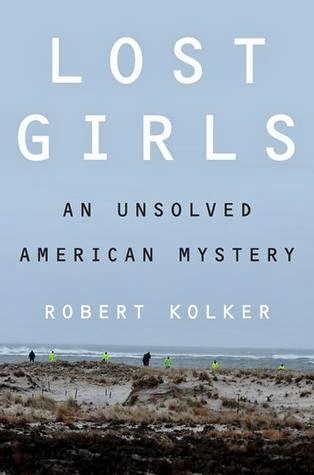 Synopsis: Five women disappear on Long Island. Five women whose deaths have never been solved. All bodies were found in a swamp near the ocean-basically, a killing field. Does the fact that all women were prostitutes who advertised on Craigslist have anything to do with it?

My opinion: I have watched shows on this case but must admit that I enjoyed the detail of getting to know the victims. As I have gotten to know this case deeper some details OF THE CRIME that were omitted, but it didn't stop me from enjoying the book.

For this book being written by a reporter who clearly took the time to get to know this crime, I thought parts were too detail oriented while other pieces were brushed over.

On a sad note, I thought it was bizarre that with how the author went into detail re: the bios of the victims to make them very real, there was not one picture in this book. There was not even pictures of the crime scenes and I know that they exist, particularly re: Shannan Gilbert. I think it would have helped to paint a clearer picture and more attachment to the story.


Source:  Publisher for review
Would I recommend? : Yes